Bringing in the bees 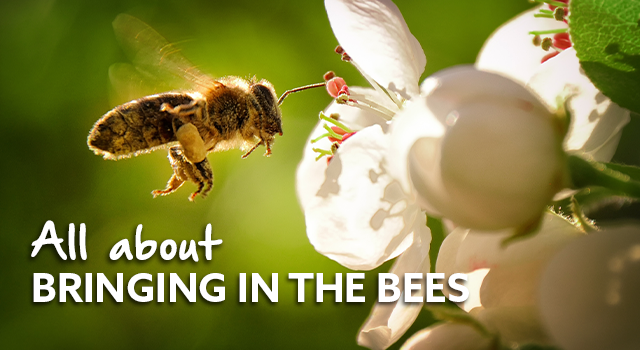 When spring starts to arrive, many people will be thinking about how to keep their gardens in tip top condition as the temperature rises into the warmer months. An important aspect that many gardeners overlook is the importance of bees in their garden.

Why should we attract bees to our gardens? Don’t bees just mean you’re in danger of getting stung. These little visitors pollinate many of your flowering plants, allowing them to reproduce. By collecting pollen from flowers to feed their young, bees pollinate the plant triggering the process for formation of flowers, produce and eventually seed to reproduce.

Sadly, bee population around the world is declining. As we clear land for urban development, use harmful chemicals, remove plants and create flowerless landscapes we cause bee population losses. The good news is you can help by encouraging bees to your garden.

Bees are only after two things: pollen and nectar, the food in flowers. More flowers in your garden, the more bees you’ll attract. By planting a succession of flowers to bloom from early spring to Autumn, we help to build the bee population encouraging them to stay, feed, drink, shelter, for the whole growing season. This is important from mid-summer to autumn when the majority of pollinator-dependant veggies are in flower. We can readily achieve this with a nice mix of annuals, perennials, culinary herbs and native plants.

The small selection of flowering plants listed below are bee attracting suitable to include in your home garden. Think about sacrificial vegetables which are those that are left to bolt after planting which make great bee food, select a few to “sacrifice” and allow them to bolt to flower but remove before the seed matures.

Native bees don’t build the bee-hive structures we associate with honeybees, but they do seek places to nest. They will nest in large holes drilled in wood, which mimic the natural cavities produced by wood-boring insects. Cavity breeding bees may not have places in the garden to nest when old plant reeds are tidied up and removed, this is where small bee hotels can be of benefit.

Positioning your native bee hotel is a fraction involved. It should be weather-proof, ideally facing between the north and east, in a sheltered sunny to semi-shaded position, at least 1.2 metres off the ground but not more than 2 metres. Make sure it doesn’t get too hot in summer and maybe provide a bee water station of white stones in a shallow dish of water, surrounded in flowers and flowering natives, it will be a bee heaven.

Unfortunately, some garden chemicals are harmful to bees. Avoid or minimise sprays during flowering, when you can see bees active on your plants or try to only spray infested areas which commonly bees will bypass. If you need an insecticide, try eco-neem or eco-oil which are bee safe.

Neem oil – Highly effective at repelling a variety of soft bodied pests such as mites and aphids, as well as certain fungal diseases and poses no threat to our pollinators. Its bio-degradable, breaks down quickly, with no residue.

Natrasoap – A natural soap made from vegetable oils, which effectively controls insects and mites, perfect to use on home grown vegetables, herbs fruit and ornamental plants. The soap coats the insect causing suffocation and desiccation. It also has the benefit of no withholding period for vegetables and herbs, simply wash before eating.

Pyrethrum – A plant-based insecticide, although being natural, it’s not the same as “safe”. Pyrethrum is still toxic to bees, although not as toxic as many other insecticides. To remain bee friendly its best to use at dawn or dusk so its dry before the bees are around, avoid spraying flowering plants when they are in full bloom.

Herbicides – There isn’t much out there that is certifiably bee friendly but there are some things you can consider when you use herbicides in your garden to be as bee friendly as you can. Don’t spray weeds when they are flowering, they are still a source of nectar for bees. Don’t spray when it’s windy, the spray may drift on to plants that are flowering – detrimental to the bees and your garden! Spray at dusk or dawn.

You’ve probably seen it but haven’t known what it is, it’s a natural pollination enhancer, completely non-toxic, considered safe for all applicators, crops and Honeybees alike. Beekeeper is a bee attractant which encourages the specific behaviour of foraging in Honey-bees by giving off behavioural pheromones. By attracting and in turn concentrating bee foraging, pollen transfer is increased resulting in greater yields and improved quality to fruit trees and veggie gardens.

A liquid formulation which contains no sugars or honey which can distract the bees from the pollen. Beekeeper is best used during early bloom (10-20%) and at 6 to 10-day intervals throughout the bloom period. It’s not rain-fast and the weather conditions need to be correct for bee activity which is sunshine and warm still days.

The European Honeybee is the most common bee and has adapted to live in most climates world-wide. This exotic species was introduced into the Australian environment in 1822 by early colonists. Honeybees were used to pollinate plants grown by early settlers for food, a task they originally did by hand.

Apiarists in Australia now keep thousands of managed beehives, providing valuable services in honey production and crop pollination. Many swarms of European Honeybees have escaped into our bushland in most parts of Australia. They provide valuable pollination services to not only home gardens but farmers in many areas. They do compete with our native bees for nectar, but would the native bees be up to the task alone if they weren’t there?

There are 20,000 bee varieties world-wide, Australia being home to a staggering 1,600 different native bees. Not all bees produce honey, some are solitary and live alone but they are all vital pollinators.

In some cases, such as some tomatoes and eggplant, their flowers only release the pollen when vibrated at a specific frequency. Honeybees don’t have quite the right buzz, but our native blue-banded bees, carpenter bees, and teddy bear bees are excellent buzz pollinators.

These are Australia’s very own Honeybees, tiny (3 – 5mm), black and stingless. They usually nest inside hollow trees but can be found in wall cavities and sometimes under concrete paths. They are a tropical bee and can be used for honey production, but will not survive temperatures under 18.

These are the largest of the native bees (15 to 24mm). They have a glossy black abdomen and bright yellow fur on the thorax. They also love a warm climate and are restricted to the northern areas of Australia.

There are over 80 species of Reed bees in Australia. They are a slender black bee, some with a red abdomen, less than 8mm long. They nest inside dry pithy stems of plants such as Fennel, Lantana, Raspberries and Blackberries.

These bees (mostly 8 – 13mm) with brilliant bands of sky blue across their black abdomens, are often seen darting around flowers. They build nests in shallow burrows, but they also make nests in muddy banks or in soft mortar. Each female builds their own nest but often many bees’ nest together in the one place.

Resin bees come in many sizes and colours ranging from 8mm to 14mm. They nest in pre-existing holes in timber or stonework. These bees collect resins and gums to build their brood cells and seal their nest holes, hence their name. 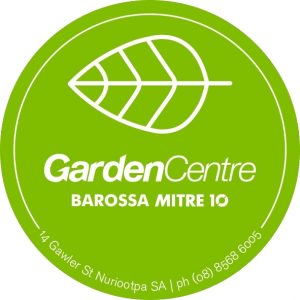 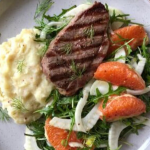 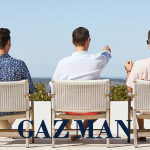